A thoughtful journey through questions of identity, empathy, compassion, and humanity.

We open our season 2017/18 the Chicago premiere of “As One.” In this intimate show, a mezzo-soprano and baritone represent a single transgender protagonist, Hannah. As One takes us alongside as she seeks to resolve the discord between the truth of her own self and the world around her.

“This is a story that people can relate to whether they’re trans or not…I think we all grow and change and transition from one thing to another. And to confirm that you can unclog your world, being yourself instead of being this fabrication that everyone is telling yourself they’re supposed to be, that’s a very powerful thing.”

Praised for an exciting sound, Mezzo-Soprano Samantha Attaguile is quickly establishing herself as a spirited young talent in the modern artistic world. A New Jersey native, Samantha earned her Bachelor of Music in Voice Performance from The Boston Conservatory and her Master of Music in Voice from the Chicago College of Performing Arts at Roosevelt University. Samantha has had the pleasure to work with many of Chicagoland’s musical organizations including Main Street Opera, Third Eye Theatre Ensemble, The Gilbert and Sullivan Opera Company of Hyde Park, Thompson Street Opera, and Petite Opera. Samantha is also a managing div@ of Opera on Tap Chicago and helped kickstart New Brew Chicago, an offshoot of Opera on Tap dedicated to performing new vocal music.

A performer in every sense of the word, Samantha’s experience is not limited to the traditional operatic realm and she enjoys taking part in a wide array of musical and theatrical projects. She performs in semi-annual concerts with the Colombian folk group, The Mulati Ensemble, and appeared as the mezzo-soprano soloist in Duruflé’s Requiem with the DuPage Chorale, as well as with the Southwest Symphony Orchestra singing a concert of Rodgers & Hammerstein classics. For fun and fundraising, Samantha has participated in Compass Creative Dramatics’ adaptations of Alice’s Adventures in Wonderland and Peter Pan to raise money for children’s theatre programs and appeared as a Puppeteer in Quest Theatre Ensemble’s Blue Nativity.

Jonathan Wilson is delighted to be performing in this unique production of Woyzeck with Chicago Fringe Opera after appearing as Hannah Before in their 2017 production of As One (Kaminsky, Campbell, Reed).  Praised by the Chicago Classical Review for his “resounding and luxurious” voice, Jonathan is an enthusiast of contemporary opera with recent favorite roles including Robert Dziekański in I will fly like a bird (Plant, Wainwright), The Poet in When Adonis Calls (Borzoni, de los Santos, Dillard), and John Brooke in Little Women (Adamo).  Later this season, Jonathan looks forward to performing in several programs with Chicago Symphony Chorus and in Wagner’s Götterdämmerung with Lyric Opera Chorus. Outside of performing, Jonathan is passionate about math and science and their creative overlap with music and the arts to explore the intricacy, complexity, and beauty of the world. He holds degrees in physics, mathematics, and electromagnetics, and has worked as an RF electrical engineer and a lecturer of physics, astronomy, and Earth science.

Jacquelyn Kress, mezzo-soprano, is a recent graduate of the Opera Institute at Boston University. With the OI, Ms. Kress was seen as Annio (La Clemenza di Tito), Kate (Owen Wingrave), Jean (Le Portrait de Manon), Mother Marie (Dialogues of the Carmelites), and Fidalma (Il Matrimonio Segreto). She has also performed with the Lyric Opera of Chicago’s outreach program as Tisbe in La Cenerentola. Other performances include Hansel and Gretel (Hansel), La vie parisienne (Métella), The Pirates of Penzance (Ruth),Trouble in Tahiti (Dinah), L’enfant et les sortileges (L’écureuil/La chatte), The Mikado (Katisha), Roméo et Juliette (Stephano), Cosi fan tutte (Dorabella). She has also been on the international stage: Salzburg, Austria as Marcellina in Le nozze di Figaro, and Périgueux, France as the title role in Offenbach’s La Périchole. Ms. Kress has a BM from the University of Illinois, and a MM from Roosevelt University.

Praised for his handsome tone and immaculate diction, operatic baritone Maxwell Seifert recently made his professional Chicago debut as Captain Valentine with the Chicago Folks Operetta in Kurt Weill’s rarely heard Johnny Johnson. A Pacific Northwest Native, he began his stage career as a boy soprano in the Seattle Opera’s 2006 production of Macbeth. Today, Maxwell maintains a wide variety of repertoire ranging from baroque to contemporary opera to golden age musical theater. This spring he will play the leading role of Griffith in the world premiere of For Those in Peril by Francis Lynch with the Evanston Chamber Opera Company. Maxwell was recently awarded the grand prize at the Bel Canto Competition in Chicago and was a national semifinalist in the Classical Singer Competition. He has performed in numerous master classes, most notably with Jake Heggie and Isabel Leonard. He was a young artist at the Aspen Summer Music Festival performing in scenes from Ariadne auf Naxos and Die Fledermaus.
His operatic credits include the baritone in the jazz trio in Bernstein’s Trouble in Tahiti and L’horloge in L’enfant et les sortileges at the Franco American Vocal Academy. In 2015, he graduated with a B.A. in music performance from Pepperdine University where he performed as Danilo in The Merry Widow, Guglielmo in Così fan tutte, Belcore in L’elisir d’more, and Dr. Falke in Die Fledermaus as well as some musical theatre roles such as Enjolras in Les Misérables and the dancing chorus in Oklahoma. Maxwell is currently based in Chicago, where he earned his Master of Music degree from Northwestern University studying with W. Stephen Smith.

Alex Enyart is an orchestra and opera conductor with a focus on new music. She had her international premiere with the Tomsk Philharmonic Orchestra in Russia in 2016, and has worked as an apprentice with the Louisville Orchestra and Kentucky Opera. She began focusing on contemporary opera with Thompson Street Opera Company in Louisville, KY where she also received her Masters in Orchestral Conducting. When the company moved to Chicago, she came with them and took the position of Music Director starting in the 2017-2018 season. Alex has also won the CODA conducting competition and as a result was invited to work with Anthony Maeillo. She has also had the privilege to work and study with Kimcherie Lloyd, Joe Mechavich, Harold Farberman, Teddy Abrams, and Donald Portnoy among many others.

Ms. Hutchison has served on the directing staffs of Lyric Opera of Chicago and Houston Grand Opera. She has staged the Maurice Sendak production of Hänsel und Gretel for Opernhaus Zürich, The Juilliard School (televised for PBS: Live from Lincoln Center) and for the Canadian, San Diego, Indianapolis, and Baltimore opera companies. As Associate Director, Hutchison has staged Porgy and Bess throughout the United States and globally, including Milan’s Teatro alla Scala, L’Opéra National de Paris, Teatro La Fenice, and opera houses in Düsseldorf, Lucca and Tokyo.

Ms. Hutchison is a member of the faculty of The Bienen School of Music at Northwestern University, where she teaches Opera Workshop to Voice Performance majors.

Upcoming projects include: AS ONE for Chicago Fringe Opera, THE POET for South Shore Opera Company of Chicago, and A Donizetti double bill of IL PIGMALIONE and RITA for Chicago Opera Theatre.

The Zafa Collective was formed in 2016 by co-founders Hannah Christiansen (violin) and Casey Karr (double bass). The Chicago-based new music ensemble follows in the footsteps of Ensemble Dal Niente and ICE with its flexible instrumentation, allowing Zafa to choose its repertoire with no limitations. Formed upon the idea that classical music should be inclusive and accessible both in terms of programming and performance, the Zafa Collective actively seeks music from outside the canon of Western art music. Zafa presents programs with diverse aesthetics, seeking to make contemporary music accessible and appealing to as wide of an audience as possible. In their opening season, The Zafa Collective premiered works by Michal Massoud, Theo Chandler, Connor Singh Vanderbeek, and Derek Tywoniuk, and worked with composers including Ellen Ruth Harrison, Eliza Brown, and Sato Matsui. Zafa has performed in a wide range of venues, from Constellation to Ganz Hall to private homes.

Artistic Director of The Zafa Collective, Hannah Christiansen is a Chicago-based violinist. She holds degrees from Oberlin College, Oberlin Conservatory, and Northwestern University, where she studied with Milan Vitek and Gerardo Ribeiro, respectively. A member of the Civic Orchestra of Chicago, Ms. Christiansen has been featured as a soloist with the Northwestern University Baroque Music Ensemble and Contemporary Music Ensemble. In the summers, Ms. Christiansen has been a chamber music fellow at the Manchester Music Festival and at le Domaine Forget, and has been heard in halls including Carnegie Hall (NYC), Ozawa Hall (Tanglewood), the Mozarteum (Salzburg), and Dvorak Hall (Prague). A sports enthusiast, Ms. Christiansen is a writer for Inside Lacrosse in her spare time.

Emelinda Escobar is a Chicago-based professional violinist who plays with Quad City Symphony, Heartland Festival Orchestra, and The Zafa Collective. She is on the faculty of Glenbrook North High School in Northbrook and maintains a private studio in both Evanston and Lincoln Park. She graduated from Northwestern University with her MM having studied under Gerardo Ribeiro and was concertmaster of the Civic Orchestra of Chicago 2014-2016 and has played with professional orchestras including the Chicago Symphony Orchestra. She has been a soloist with the South Loop Orchestra and has performed with Yo-Yo Ma on Chicago’s WFMT broadcast. Her festival credits include attending Meadowmount as a teaching assistant in addition to the Green Mountain Music Festival, Aria Music Festival, Triada, and Okemo Mountain Music Festival.

Danielle Taylor is a violinist and violist in the Chicago area. She holds degrees from Oberlin College and Oberlin Conservatory, where she studied with Gregory Fulkerson and is completing her Masters at Northwestern University where she works with her mentors, Blair Milton and Victor Yampolsky. A passionate advocate for arts education and inclusion, Danielle has been a member of Chicago Sinfonietta and the Grant Park Music Festival’s Project Inclusion program and maintains a busy teaching schedule in addition to performing with groups including The Zafa Collective and Chicago Solisti.

Karla Wong was born in Minatitlan, Veracruz, Mexico in 1974. Her father is originally from Ixtetec, Oaxaca and her mother from Santiago La Ollaga, Oaxaca. This is the reason why Karla’s heart very much belongs to the Mexican state of Oaxaca. Karla grew up in Istmo a region of Oaxaca. The region’s tradition of celebrating art and colors are evident throughout her work. She holds a bachelor’s degree in Law and Social Sciences from the University of Oaxaca (U.A.B.J.O.).
After graduating, Karla began her career as composite artist for the general prosecution and justice department for the state of Oaxaca, which she continues into the present day. She considers herself a “self-taught” artist. Karla started out with pencils then gradually experimented with oil paints. She eventually took private lessons from a renowned master artist in Oaxaca. In every brush stroke, Karla plasters the splendors of her culture, a culture her parents instilled in her. She pushes the limits and steers away from more traditional elements to give it a magical touch of surrealism. Karla paints magical characters using emblematic symbols of Istmena culture. Such imagery as the hair pieces, papel picado (paper banner), the Tehuano hat, and embroidery among others. She brings such characters to life with brightly-colored detail. She has exhibited in the state of Oaxaca, the state of Puebla, multiple museums in Mexico City, numerous cultural houses, and in the National Palace and other prestigious government buildings. 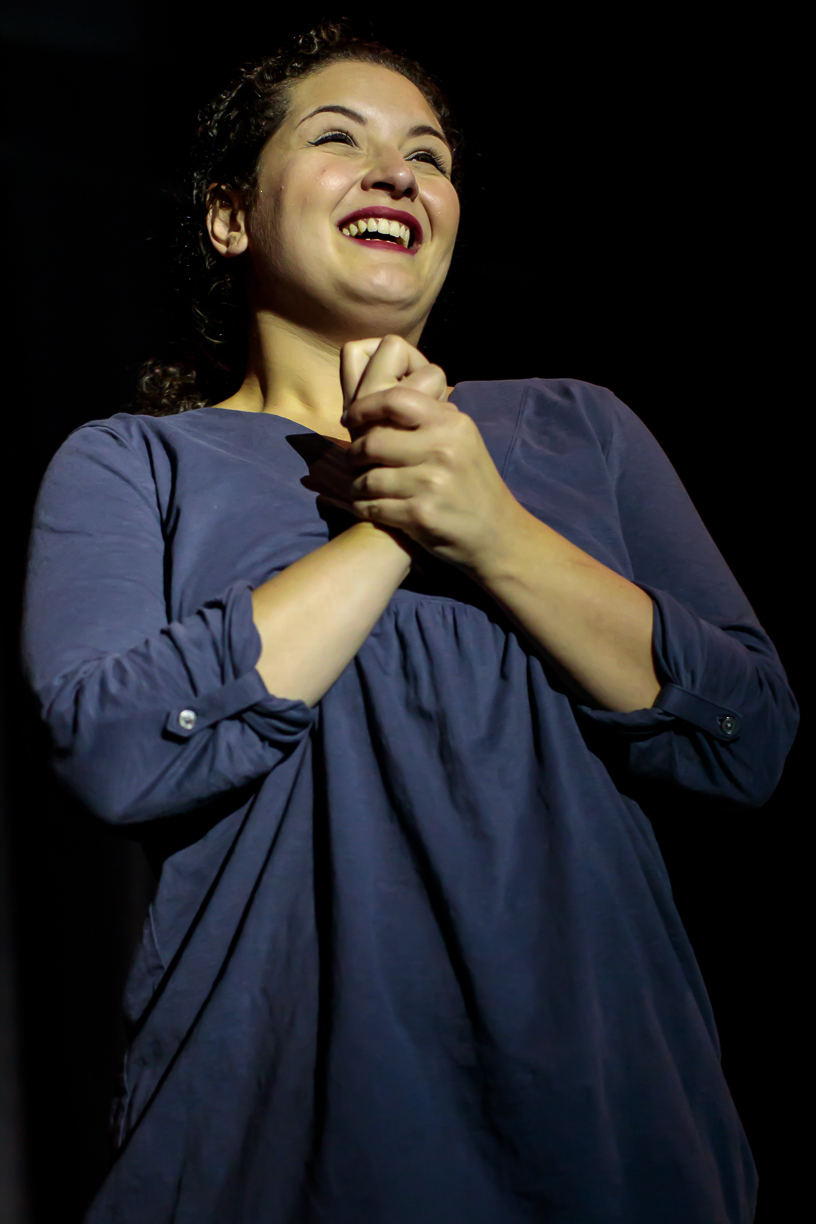 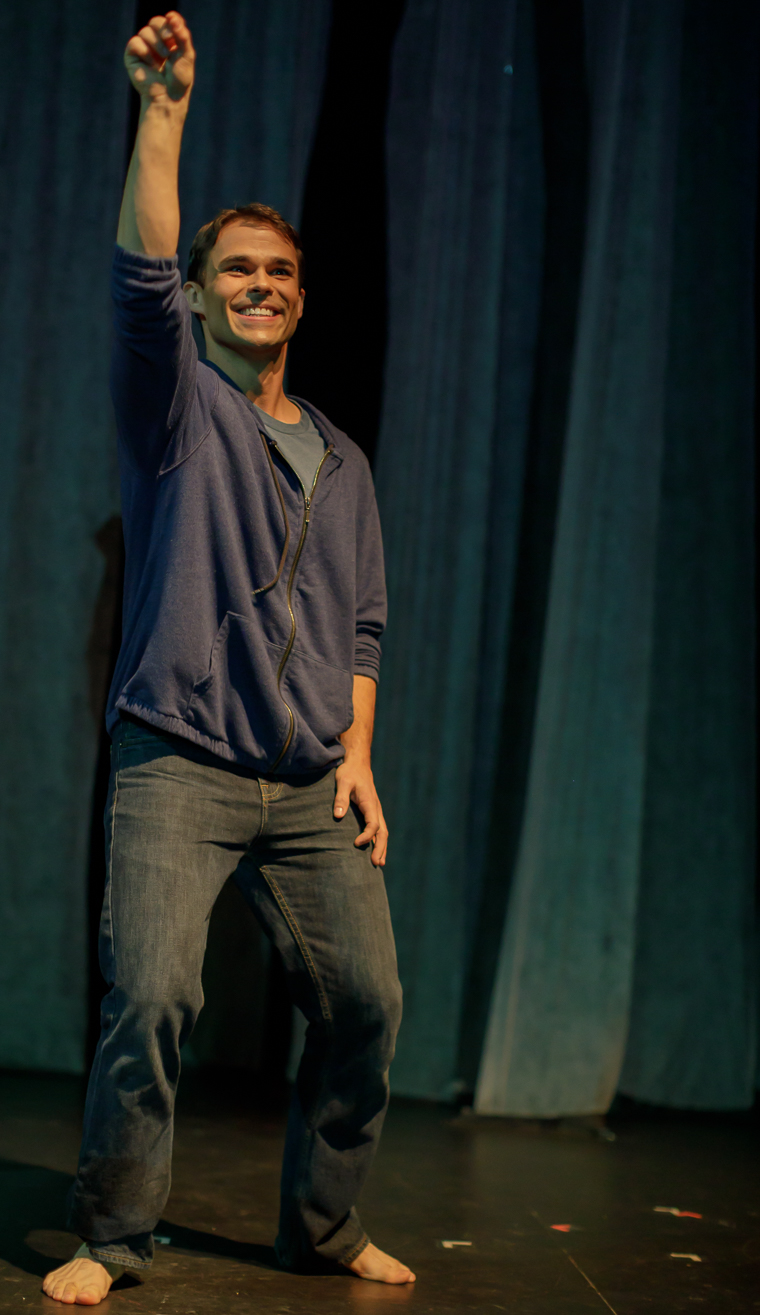 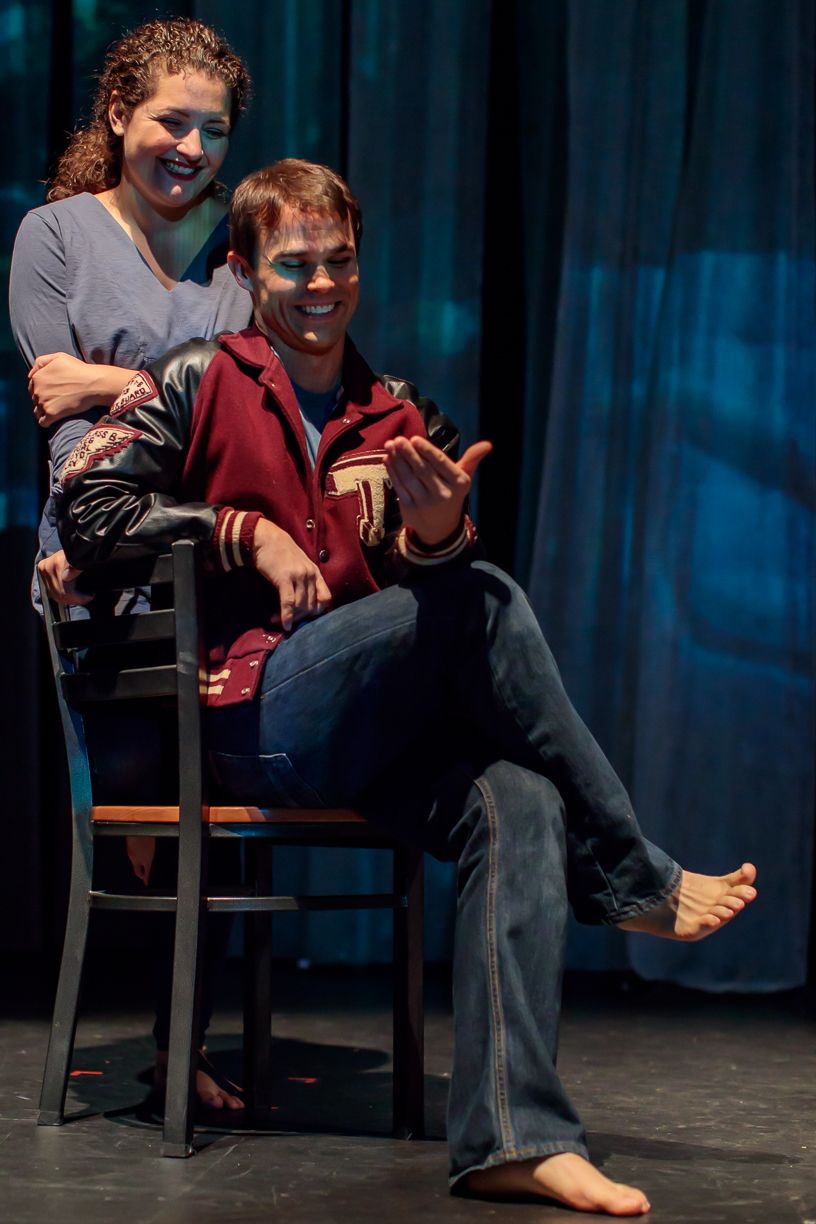 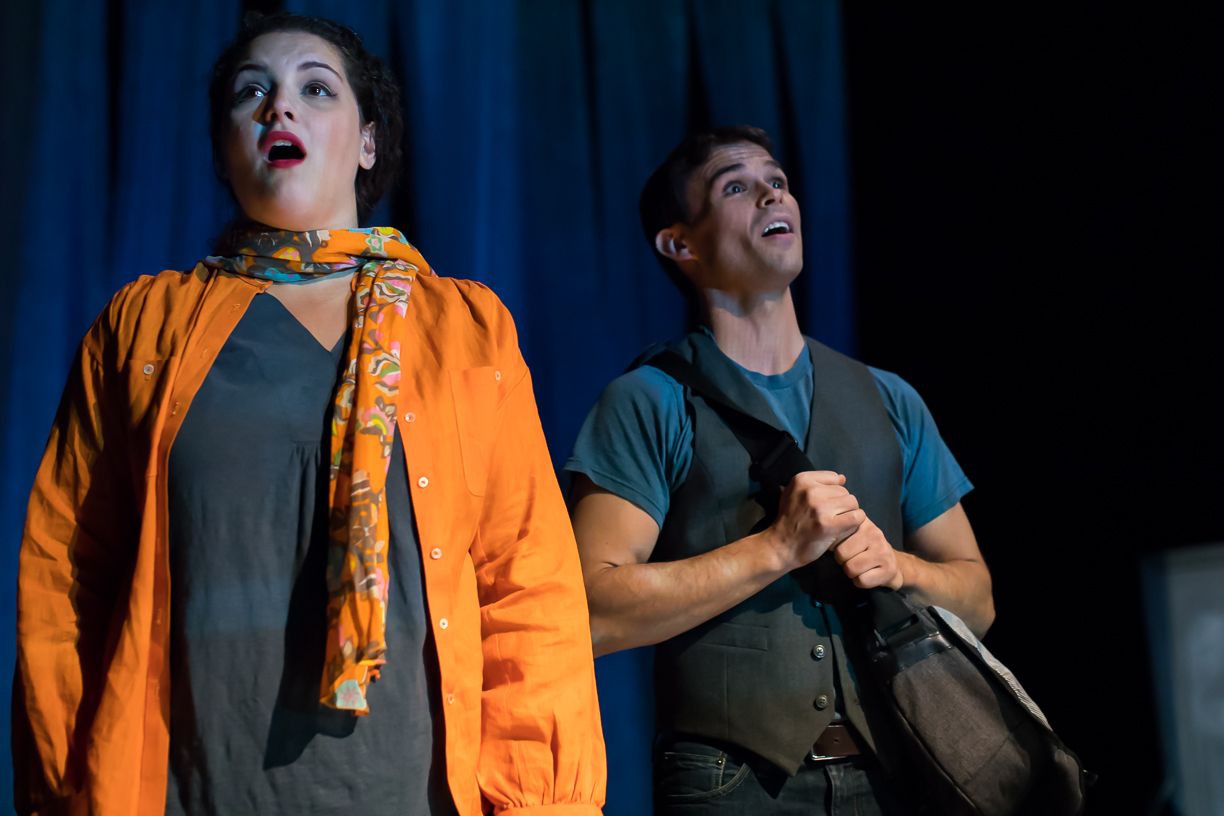 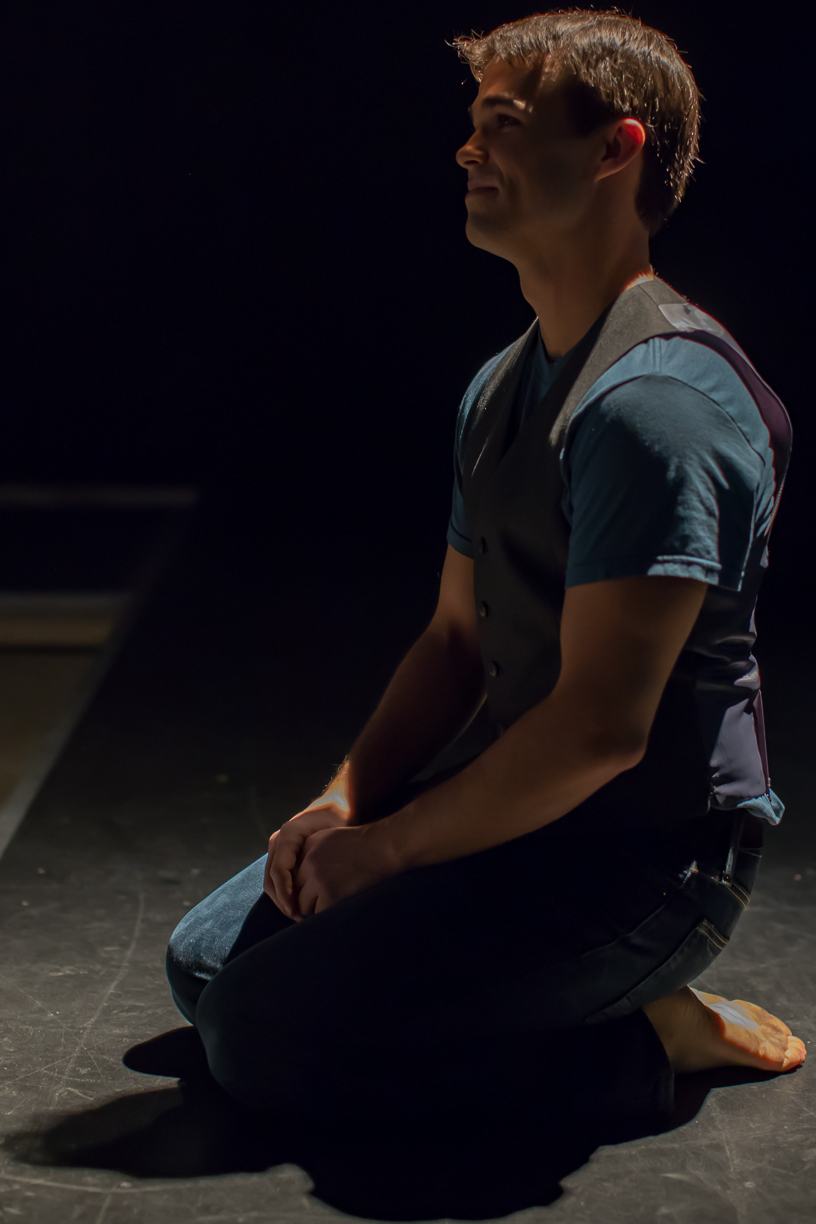 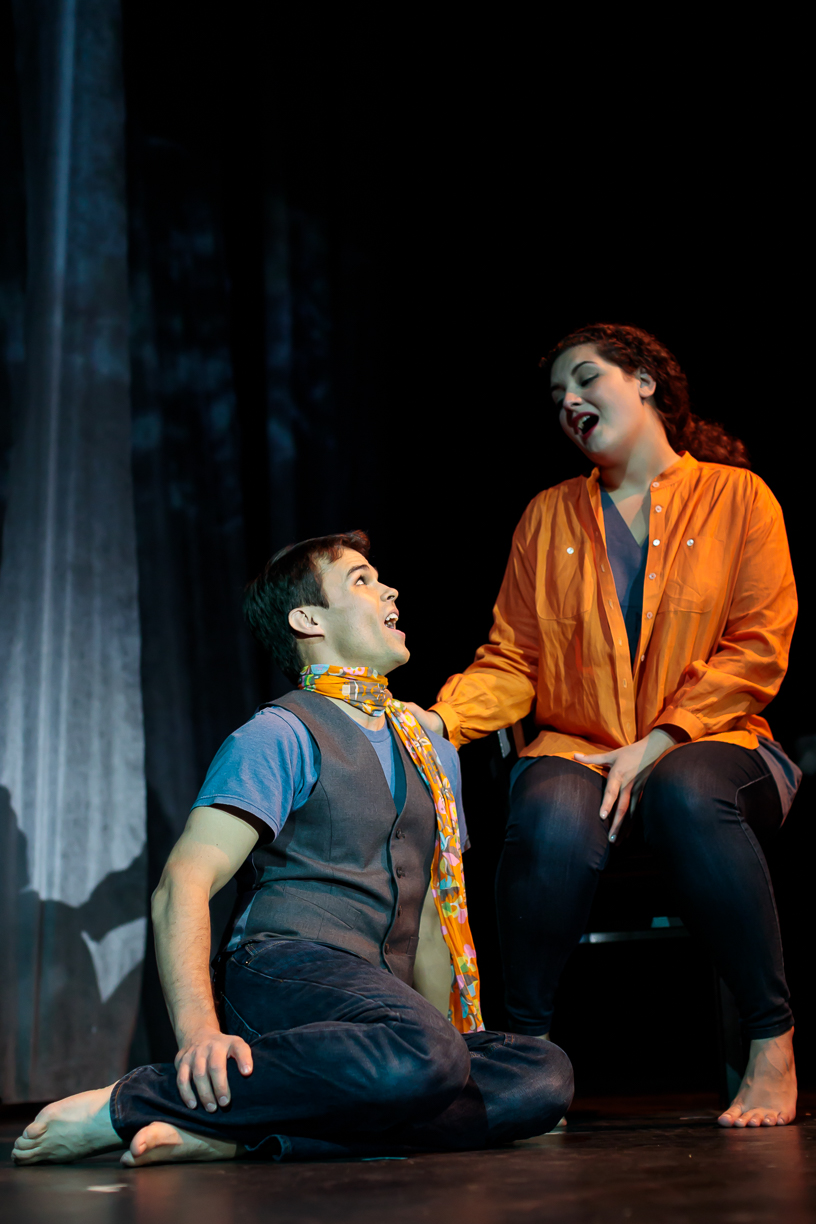 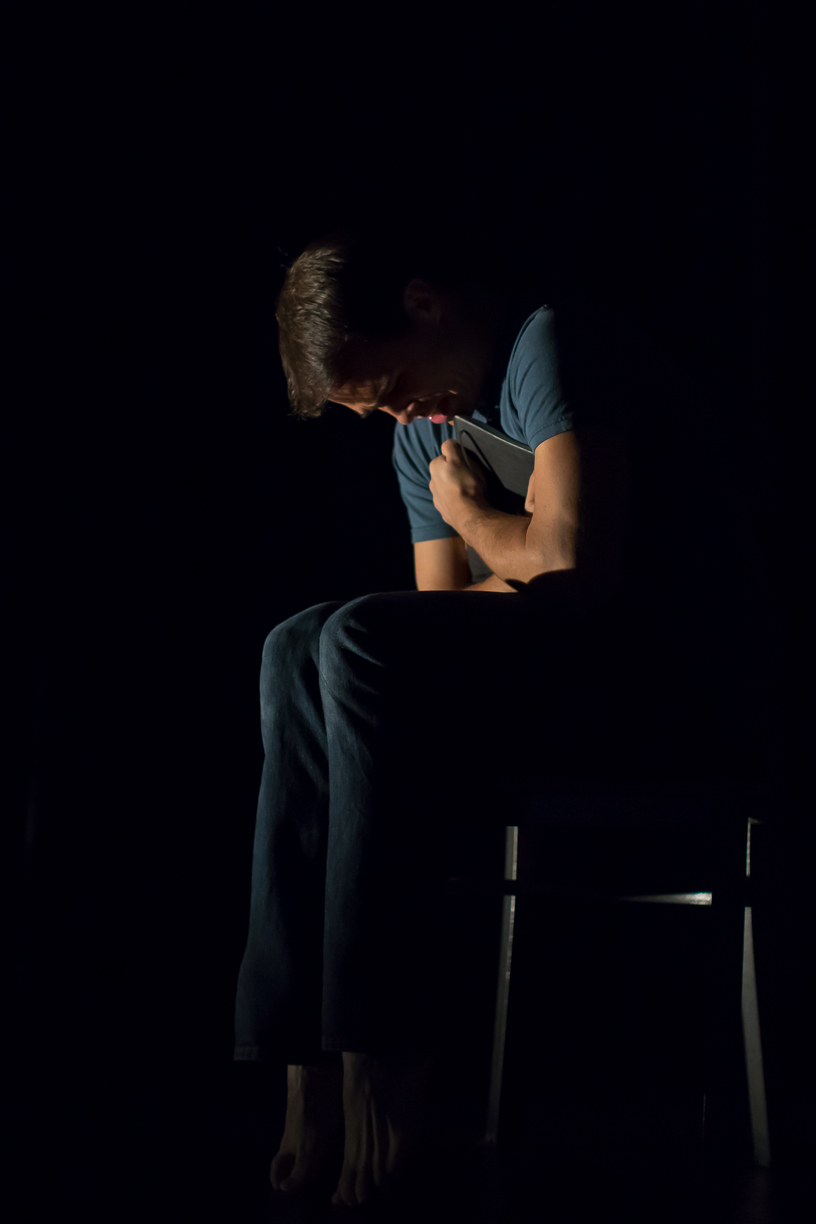 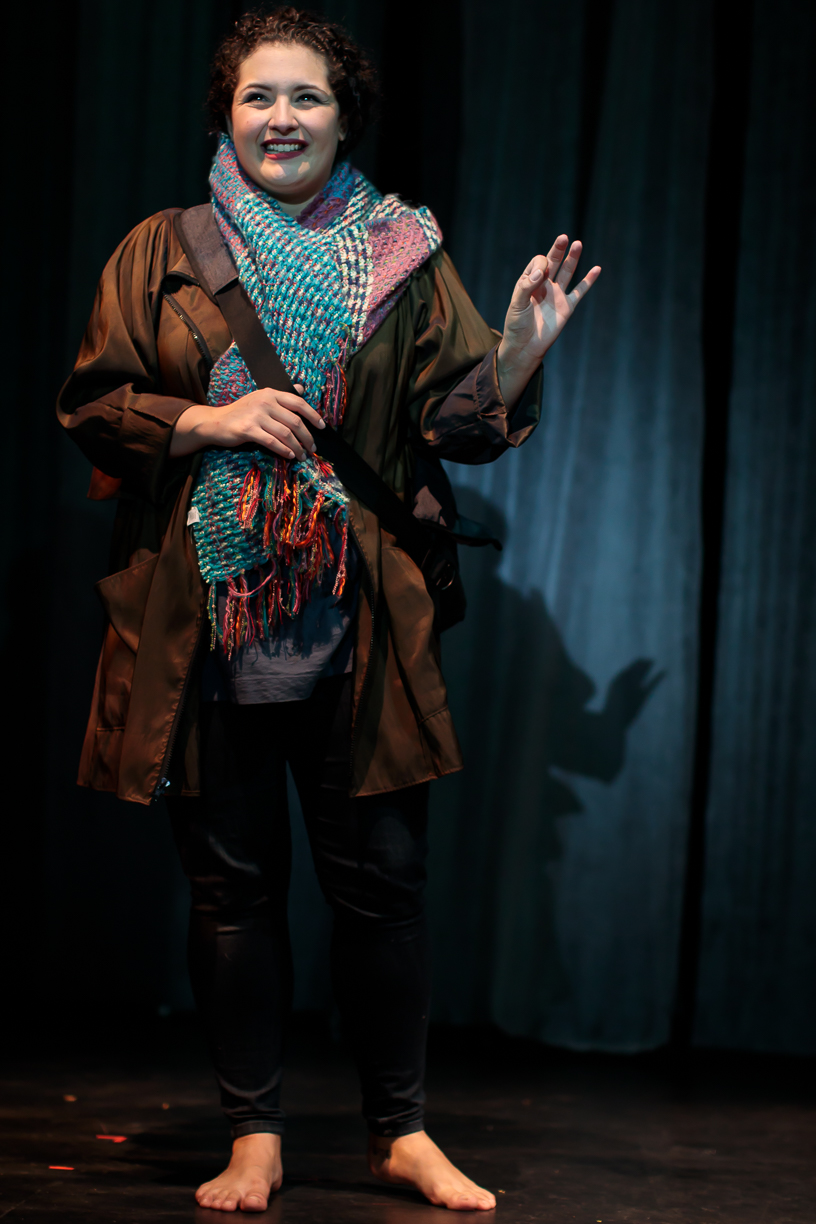 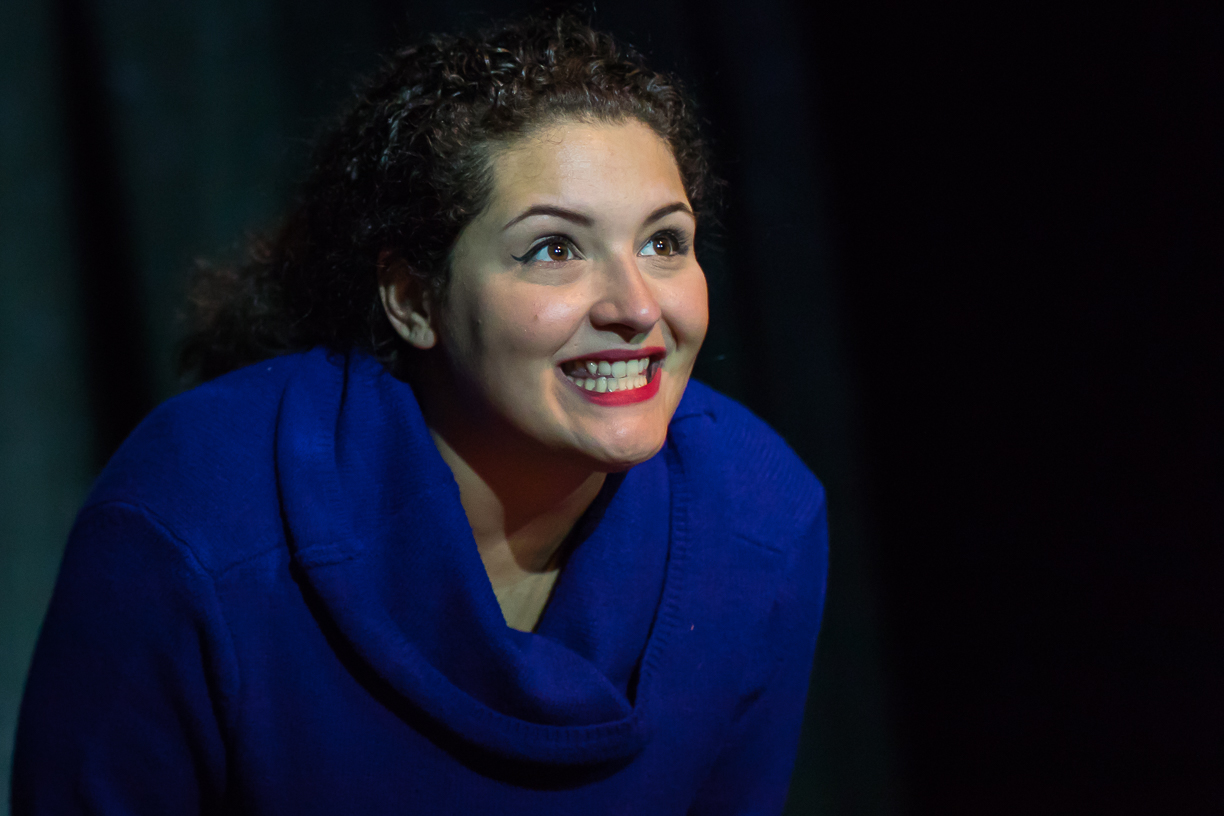 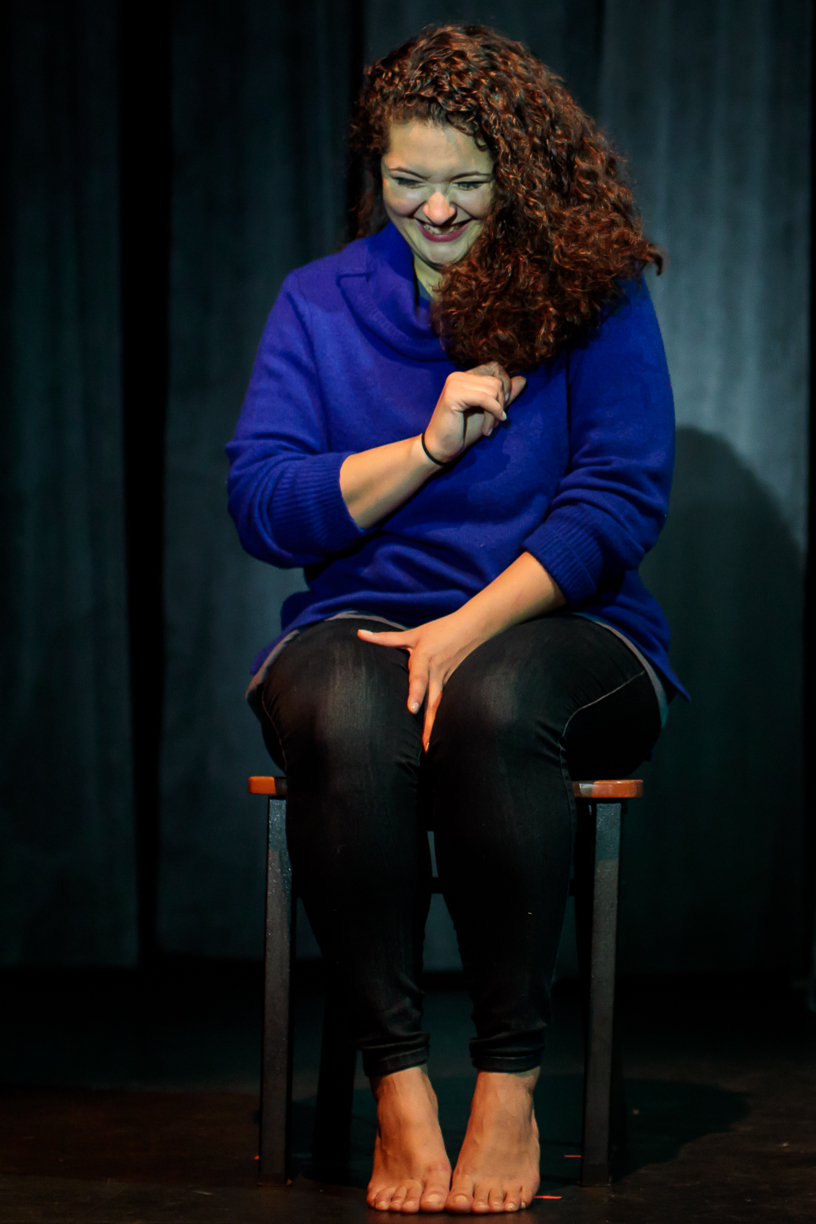 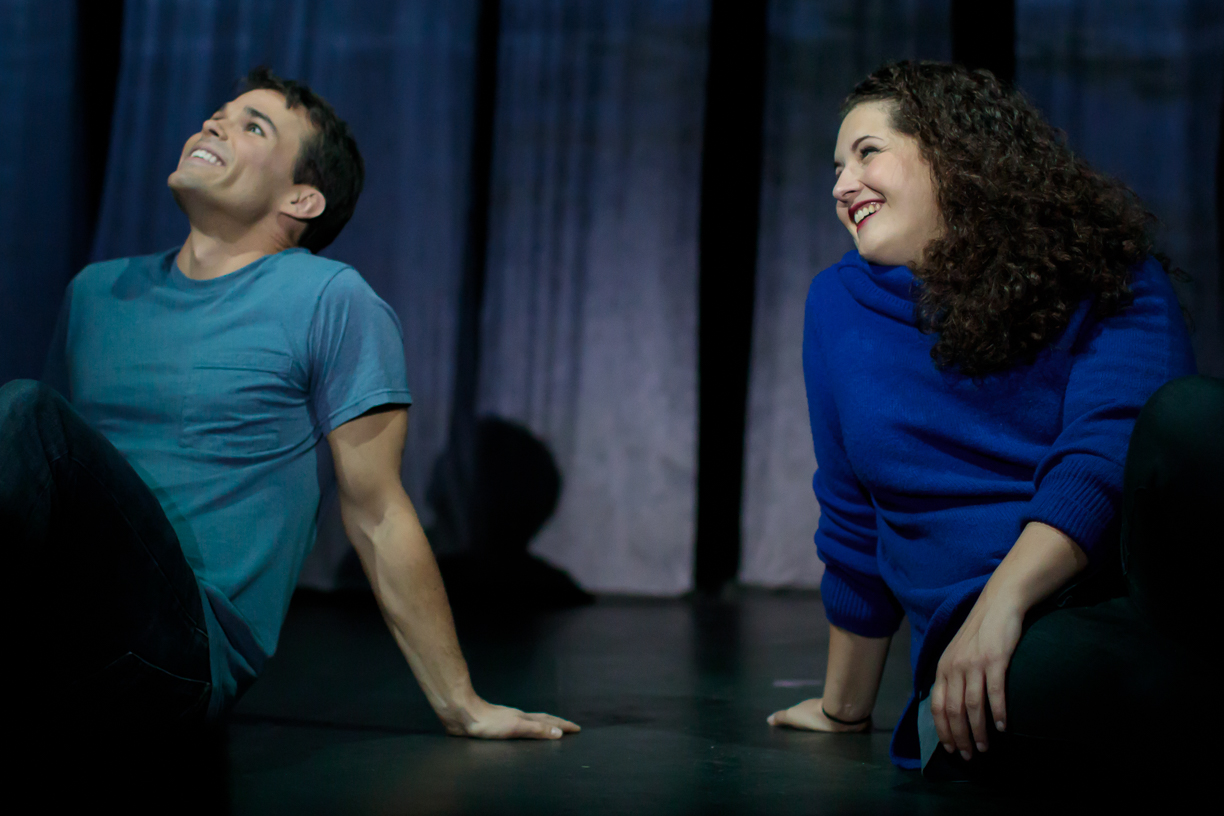 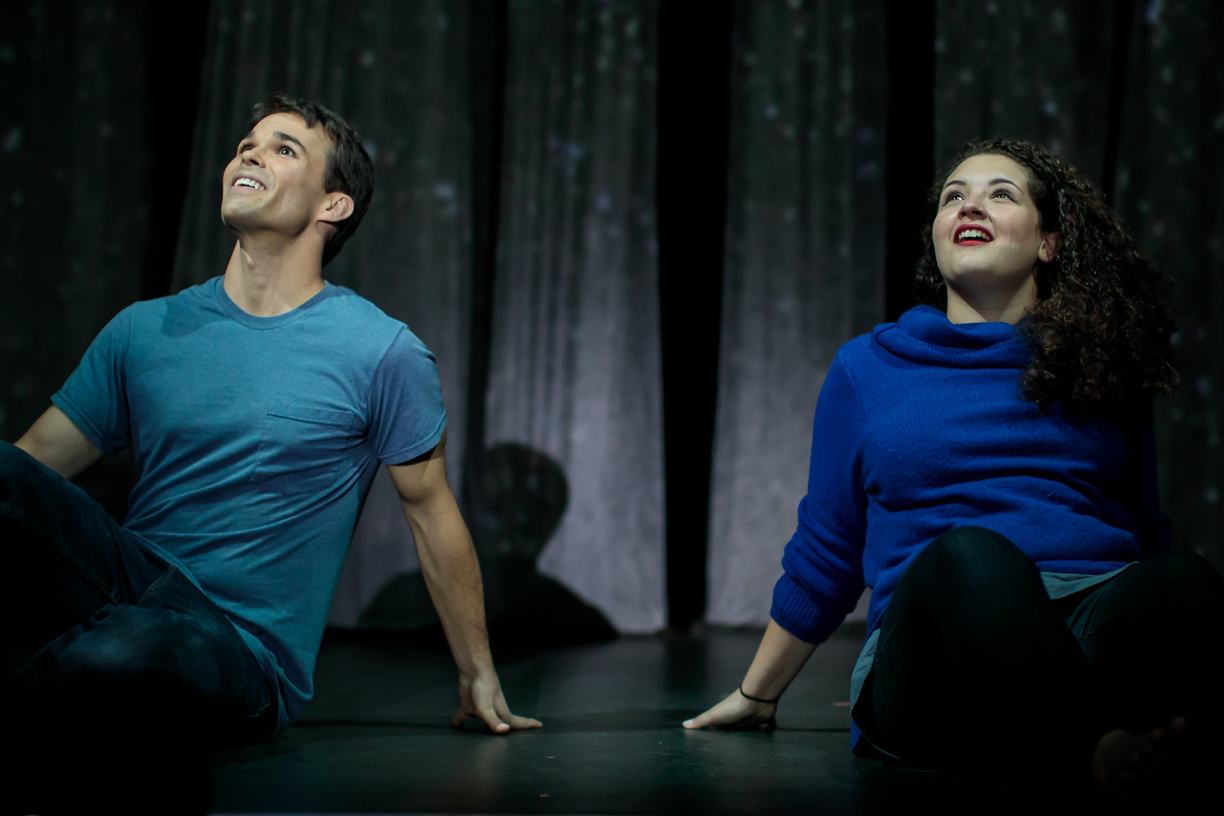 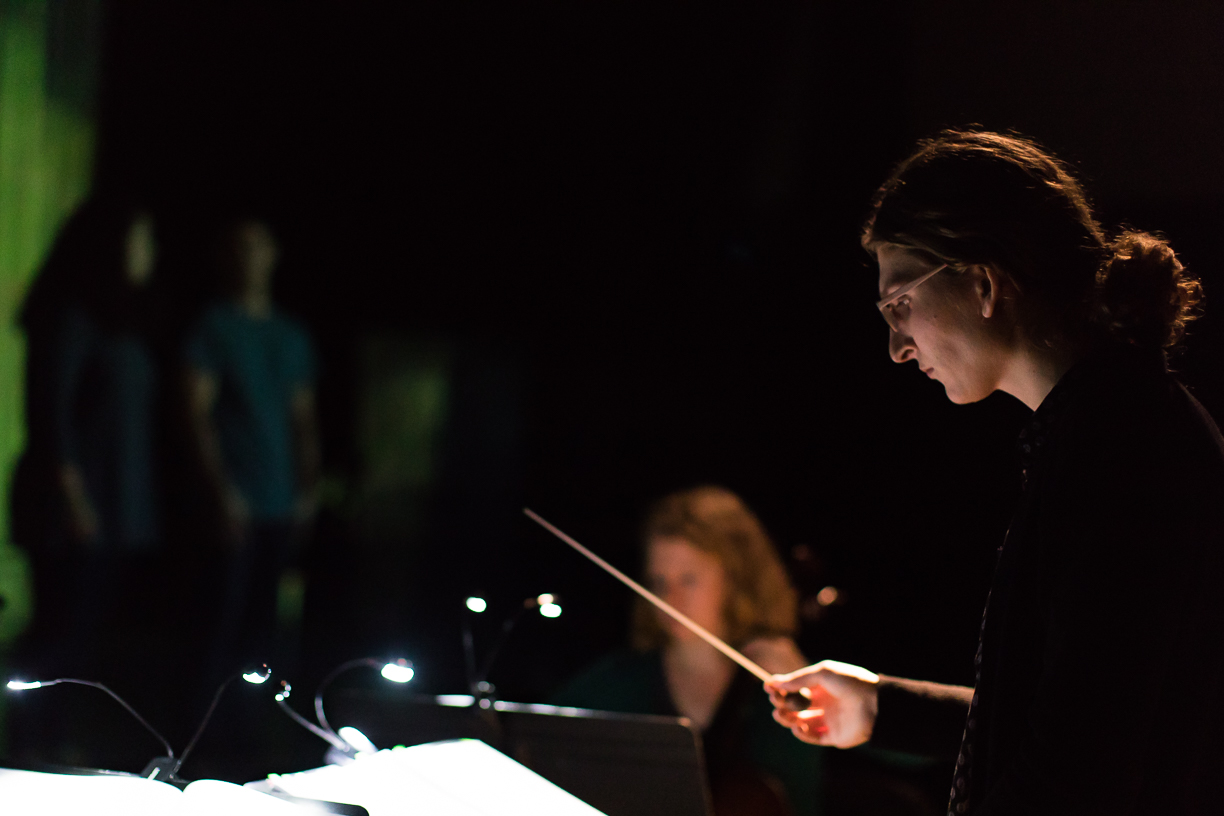 Supported by The MacArthur Funds for Arts and Culture at The Richard H. Driehaus Foundation