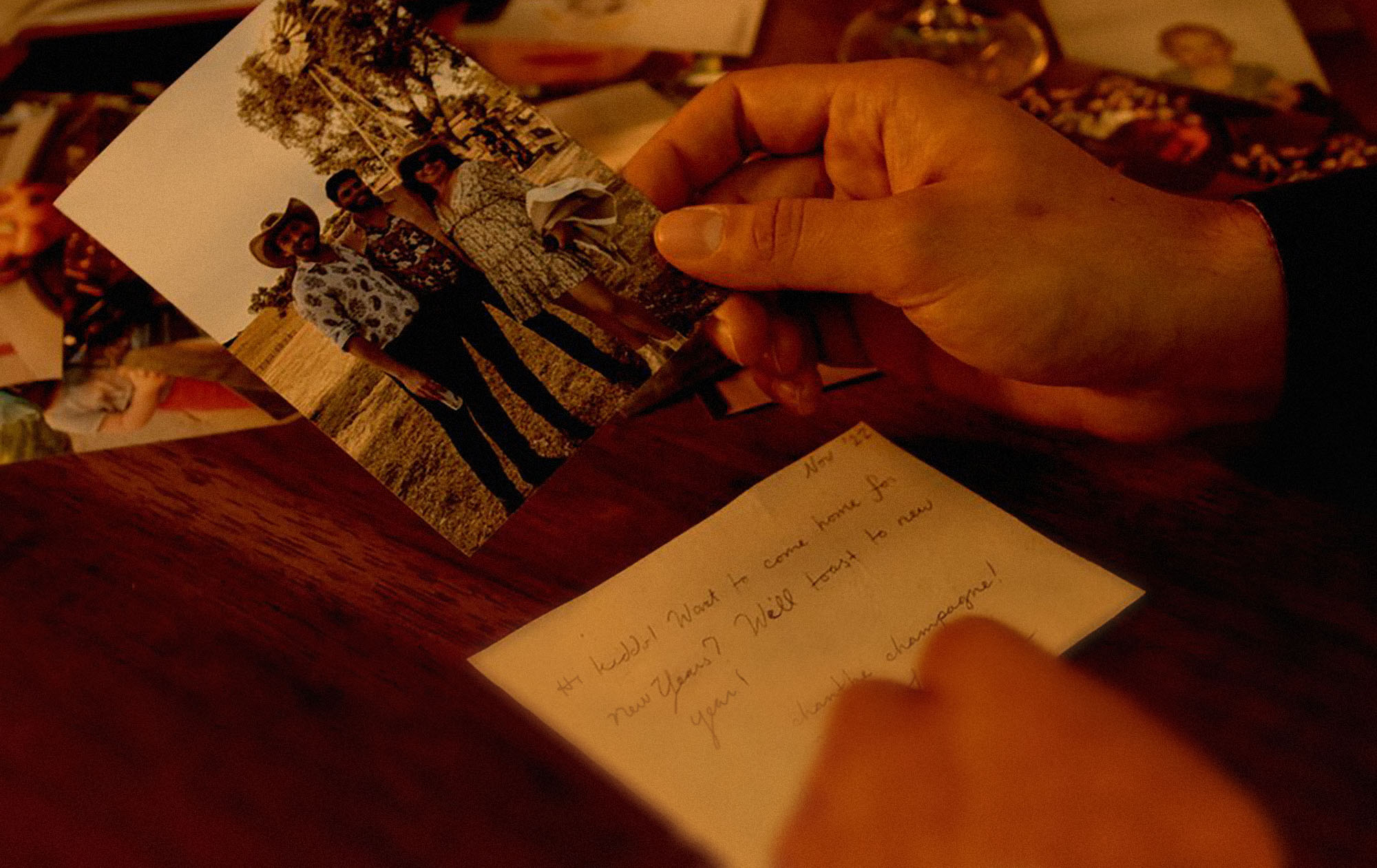 Presented by the Decameron Opera Coalition

For the third year in a row, Chicago Fringe Opera contributes to the Decameron Opera Coalition’s annual digital presentation. Fringe’s video contribution to this year’s holiday songbook, “DOC the Halls”, will feature music by Matthew Recio and poetry by Jenna Lanzaro.

This is a livestream only event.

Recio recently finished his post as the Vanguard emerging composer with Chicago Opera Theater, developing operas with Royce Vavrek and Stephanie Fleischmann. This past year he was asked to return as an aperture resident artist with West Edge Opera to further develop “L’autre Moi”. Current projects include a commission from Chicago Fringe Opera for the Decameron Opera Coalition, a feature on American soprano, Laura Stricking’s CD “40×40”, a commission for LYNX amplify series, and a commission for Ryan Strand’s Letters for Jackie project. Recent past projects include a commission for Stare at the Sun’s Fall concert “Returning”, and a commission for Queer In(n) dedicated to Chicago elder trans icon, Mama Gloria, featuring trans singer, Jalissa Spell, Chicago Fringe Opera’s City of Works series, Fourth Coast Ensemble’s SongSlam and wrote an interactive choral cantata “The Hollow” for Chicago choir, Stare at the Sun. He was a winner of the IU Georgina Joshi Vocal Composition prize, the American Prize in choral writing and the first selected commissioned artist for the Cincinnati Song Initiative. Recio has worked with organizations such as BMP, New Voices Opera Company, Cincinnati Camerata, NOTUS and The Crossing. He was a composer fellow at VIPA, IMANI Festival, Atlantic music festival, The Crossing and Norfolk Chamber Series.

Recio is a G. Schirmer published artist under the Craig Hella Johnson and Dale Warland series.  He is a graduate of the Jacobs School of Music where he was a Jacobs Fellowship recipient for his DM and MM in composition.

Jenna Lanzaro is a poet and teacher based in Jersey City. She received her MFA in Poetry as a Writers in the Public Schools Fellow from NYU, where she also served as Interviews Editor of Washington Square Review. A semifinalist for 92Y’s 2022 Discovery Poetry Contest, and shortlisted for the 2022 Disquiet Literary Prize, Jenna is currently working on her debut poetry collection while teaching middle school Creative Writing. Her work can be found at Rattle, Small Orange Journal, Washington Square Review, and elsewhere.

Baritone, Brandan Sanchez has quickly built a dynamic and visible portfolio career having performed some of the most beloved operas, oratorios, and art song cycles popular with today’s audiences. Roles include Schaunard (La Bohéme), Belcore (L’elisir d’amore),Sergeant of Police (The Pirates of Penzance), and the title role of Gianni Schicchi. He has sung the role of The Celebrant in productions of Bernstein’s Mass with Indiana University and San Jose State University. Featured as a soloist, he has performed with Peninsula Cantare, Lafayette Master Chorale, and internationally with the Ireland Limerick Sinfonia and the Cairo Festival Symphony. Brandan holds a Master of Music in Voice Performance and a Performance Diploma in Solo Voice Performance from the IU Jacobs School of Music. Born and raised in the Bay Area, he holds a Bachelor of Music in Vocal Performance from SJSU. He is a recipient of the 2022 Mu Phi Epsilon Foundation Liana K. Sandin Voice Scholarship and will be joining the Mary Ragland Emerging Artist Program with Nashville Opera in 2023.

He was the only American finalist in the 2015 Das Lied Song Competition, and maintains an active performing schedule. He has served as faculty at Viterbo University and was the Visiting Artist in Vocal Coaching and Collaborative Piano at the University of Northern Iowa. He is also the Co-Founding Artistic Director of the Source Song Festival. Held in Minneapolis, Minnesota, Source is a week-long celebration of words and music which includes public concerts and masterclasses by international artists for pianists and singers, as well as a composer institute led by Libby Larsen.

Bilyeu has performed at such venues as the Grand Théâtre de Tours (France), the Schubert Club of St. Paul, the Everson Museum (New York), PianoForte Foundation, and the Belle Sylvester Recital Series of New York. He has been heard via live radio broadcast on Minnesota Public Radio with soprano Lori Phillips, and on WFMT via the Dame Myra Hess Memorial Concert Series.

He holds degrees from the Chicago College of Performing Arts and the University of Minnesota, studying with Timothy Lovelace and Chicago Symphony Orchestra pianist Mary Sauer. He has studied at the Aspen Summer Music Festival, Britten-Pears Institute, Vancouver International Song Institute, l’Academie Françis Poulenc and was named a 2018 Crear Scholar, which took him to Scotland to study with Malcolm Martineau,. Additional studies with Roger Vignoles and Susan Manoff.  Please see www.markbilyeu.com & www.sourcesongfestival.org for more.

Liam Jackson is a Chicago-based Bassoonist and Music Educator with a passion for performing new music and expanding the bassoon repertoire. Originally from Detroit, Michigan, Liam began studying with Robert Williams (Principal Bassoon, Detroit Symphony Orchestra) at age 12 before studying with Dr. Jeffrey Lyman at the University of Michigan and William Buchman and Keith Buncke at DePaul University. After graduating from the University of Michigan with dual degrees in Bassoon Performance and Music Education, and DePaul with a master’s degree in Bassoon Performance in 2020, Liam joined the Civic Orchestra of Chicago Bassoon Section in 2021 where he has performed under the direction of Ken-David Masur, Rossen Milanov, Lina González-Granados, and Thomas Wilkins. In addition to his work with the Civic Orchestra, Liam has performed with the Chicago Symphony Orchestra and the Musicians of the Chicago Symphony MusicNOW series under the direction of Marin Alsop and Jeffrey Milarsky, respectively. Other orchestral work includes performances with the International Chamber Artists, Rockford Symphony Orchestra, Kenosha Symphony Orchestra, Folks Operetta, Michigan Philharmonic, Oistrakh Symphony of Chicago, Chicago Composers Orchestra, and the 5th Wave Collective.
As a teacher, Liam has held positions as Band Director at Niles West High School (Skokie, IL) and Forsythe Middle School (Ann Arbor, MI). Liam is an avid marching band instructor and has worked with numerous high school marching bands as well as the University of Michigan Marching Band. Liam also began teaching bassoon privately in 2010 and maintains a studio of high school bassoonists with aspirations of further bassoon study at the collegiate level.

You used to watch waves exalt into skyscrapers
You used to eat salted melon as slow as a train
From a rooftop in August the pink light’s in transit
How pretty, the fleeting
The times that you looked

Supported by The MacArthur Funds for Arts and Culture at The Richard H. Driehaus Foundation, The CityArts Grant from the City of Chicago Department of Cultural Affairs & Special Events, & National Endowment for the Arts.