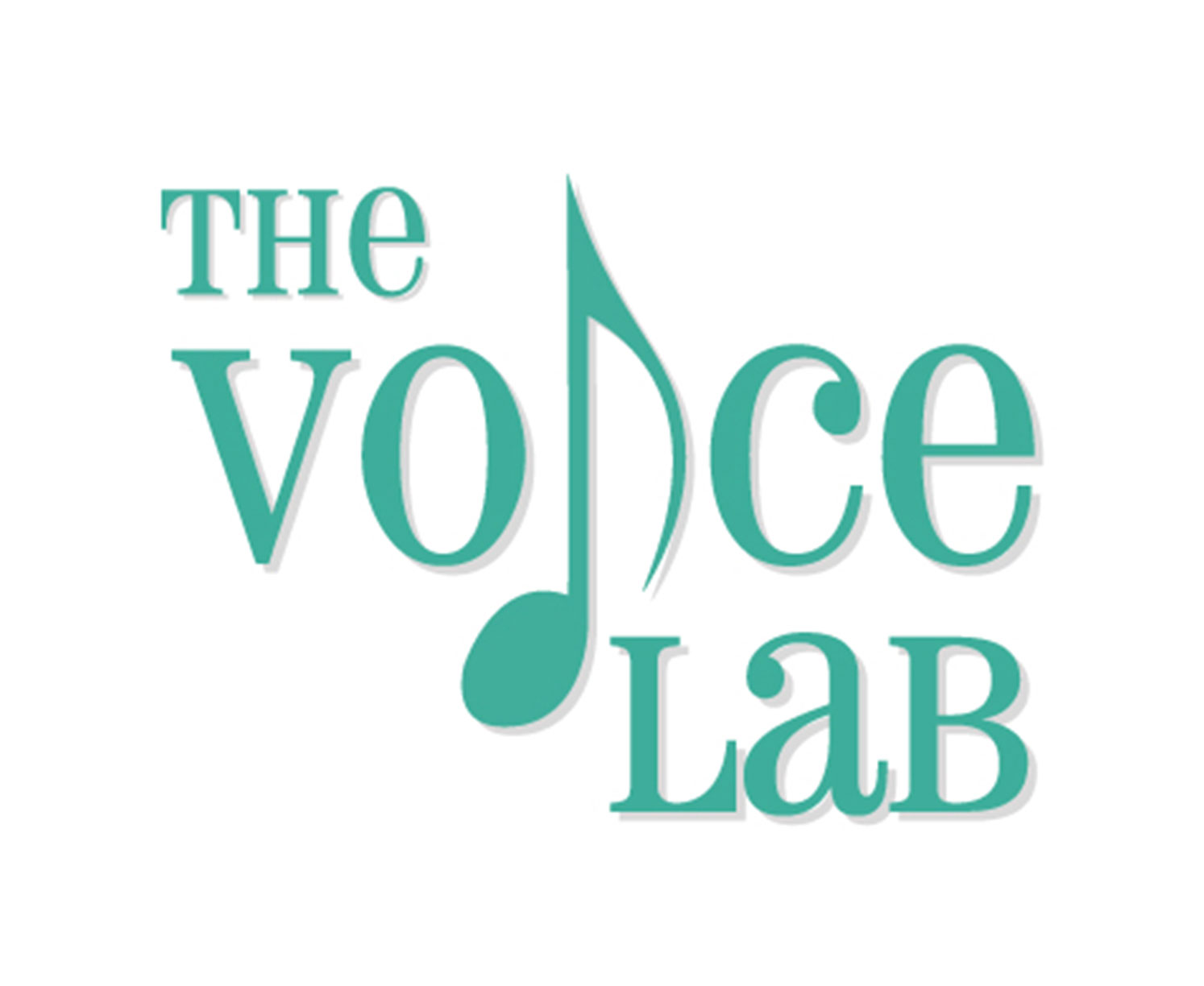 Returning for a third year, Chicago Fringe Opera will celebrate the immeasurable contributions of the LGBTQ+ community to the world of performing arts with a pride party featuring specialty cocktails by Spice Note Tequila, beats spun by Ariana DJ, & a brief, intimate musical program composed and performed by members of the LGBTQ+ community, including new works by Chicago area composers, Kyra Leigh & Michael R. Oldham.

All proceeds will go directly to support the missions of Chicago Fringe Opera & to establish a new scholarship at The Voice Lab, designated for queer/non-binary/trans voice students.

Thank you to our sponsors!

Kyra Leigh (she/her/hers) is active as both a musician and actor. She’s composed and performed for the prestigious Stewart Ostrow Musical Theatre Lab, Prop Thtr, and released a full-length album, Transfigure. She’s acted with the Jeff Award-winning Theo Ubique, The National Pastime Theatre, and is making her debut with Pride Films & Plays. She’s performed as a solo artist at venues such at Mary’s Attic, Park West, The Abbey Pub, and Davenport’s. She also directs shows at the Chicago School of Rock and is an active church musician with North Shore Baptist. She is a passionate advocate for trans visibility in the worlds of pop music, classical music, and theatre. She is currently represented by DDO Artists. You can find her on social media under Kyra Leigh.

Megan Fletcher is a soprano and voice teacher based in Chicago. As an avid choral singer, she can be seen performing with the Grant Park Chorus, Chicago Symphony Chorus, and William Ferris Chorale. She debuted with Chicago Fringe Opera in 2018 as Leonora in Paul Hindemith’s The Long Christmas Dinner. As an advocate for social justice in the arts, Megan has appeared performing as a soloist and chorister with Hearing In Color, a Chicago arts organization seeking to highlight underrepresented music written and performed by people of color and other minorities.

A native of Temple Hills, Maryland, LaRob K. Rafael developed a love for singing at an early age. He found a spirit in the Gospel songs he sang and nuance in the Classical music he learned. A graduate of DePaul University where he received a Bachelor of Music in Vocal Performance, LaRob has studied with world-renowned teachers, directors, and coaches and has had musical opportunities that include traveling internationally to study language, culture, and music.

LaRob is the Founder and Artistic Director of Hearing in Color, an organization dedicated to supporting those whose contributions and stories have been historically excluded from classical spaces. He is a current member of the William Ferris Chorale, and supplemental artist for Bella Voce and Constellation Men’s Ensemble. He has been featured as a guest artist, soloist, or speaker on several in person or virtual events. As an Arts Administrator, he has worked with Lyric Opera of Chicago in the Learning and Creative Engagement Department, sits on the Board of La Caccina, an all-women’s profession choral ensemble, as Diversity and Community Engagement Advisor, been the Director of Community Engagement with Chicago’s Ear Taxi Festival (2021), and is an active consultant with the recently formed Black Opera Alliance and Black Administrators of Opera groups. LaRob was recently selected as one of 11 arts administrators nationwide to join the 4th Cohort of Sphinx LEAD, a 2-year program designed to evolve the industry landscape by empowering the next generation of executive leaders.

Lauded for his versatility as a performer and accomplished in Musical Theater, Opera, Oratorio and Concert repertoire, critically acclaimed tenor, Jonathan Zeng, has performed throughout the United States with companies such as Cincinnati Opera, Central City Opera, Tulsa Opera, Opera Memphis, Utah Festival Opera, and the Princeton Festival. With a voice described by Chicago publications as “valiant”, “stunning”, “vibrant”, and “rich”, Jonathan is based in Chicago and has appeared as soloist with The William Ferris Chorale in the American premiere of John Joubert’s Five Songs of Incarnation and Bonaventura Somma’s Missa Pro Defunctis. You may also have seen him singing with the Grant Park Symphony Chorus, in Johnny Johnson or The Csardas Princess with Chicago Folks Operetta, or performing in Chicago Fringe Opera productions The Long Christmas Dinner, Trouble In Tahiti, Turn of the Screw, and Song From the Uproar. Roles elsewhere range from Goro in Madama Butterfly & Beppe in I Pagliacci to Prince Charming in Cinderella, Chip Tolentino in The 25th Annual Putnam County Spelling Bee, and Frederic in Pirates of Penzance.  An avid proponent for arts education and vocal instruction, Jonathan has served as an adjunct faculty member in the Preparatory Department at the Cincinnati College Conservatory of Music and has maintained a private voice studio for more than a decade. Jonathan received a BA in Music Education from the School of Music at Western IL University and an MM in vocal performance from the Cincinnati College Conservatory of Music (CCM). Jonathan also writes and records his own music.

Michael R. Oldham (b. 1989 Braidwood, IL) is a composer and pianist who weaves artwork, story, and imagination into his work. Whether experimenting with looping videos on Instagram as the “parts” of a piece that anyone can play (Music In Segments – 2018), utilizing repeating gif images of old silent films as inspiration for a twelve-movement work (Music In Gifs – 2019), or translating great works of art into music (Suggestion Box: Art – 2020, The Egon Schiele Pieces – upcoming), Michael’s thirst for unusual storytelling through music is never quenched.

One of the many projects keeping Michael busy over quarantine is a weekly art song series entitled, Lugubrious Portraiture, or, Art Songs for Those on the Peripheries of Love. Michael virtually gathered eight of his friends in the Chicago opera scene and beyond to create this series, which has premieres on his Instagram (@WhoaItsMichaelO) and YouTube channel every Sunday through April 2021.

Continuing this trend, his work as composer-as-storyteller is ever-present in the albums, EPs, and singles he has self-released. Recent albums include In Select Theaters (2019), which is his first full-length album of piano solos based on imagery of cinema past, Three Vignettes (2017), which is a work with short stories for violin and piano, The Los Angeles Miseries (2016), which is a set of pieces for solo piano on perspectives attained while driving across America from Chicago to Los Angeles, Grand Delusions on a Small Scale (2015), which features early solo piano works, as well as Fantasies for Piano (2014), which is a six-movement dissection of some of his favorite songs by artists including Fiona Apple, Dirty Projectors, My Brightest Diamond, Andrew Bird, St. Vincent, and Sufjan Stevens. Follow Michael R. Oldham now on Bandcamp, Spotify, Apple Music, or wherever you stream music.

Michael earned his Bachelor’s degree in Film Scoring and Composition from Berklee College of Music in Boston, Massachusetts, and studied briefly at Philippos Nakas Conservatory in Athens, Greece. He also keeps quite busy as a collaborative pianist in and around Chicago, including work with Chicago Fringe Opera and Chicago’s illustrious improv institution, Second City.

Ariana is a fashion model, entrepreneur, advocate for artists and the trans community, and one of Chicago’s leading DJs / Producers. She has spun at many of Chicago’s hottest venues and events in addition to her podcast, Gender Fluid: such as DSTRKT, Hard Rock Cafe, Joy District, Replay, Progress, Wynwood, Chicago Pride, Scarlet, Hollywood Beach, Drinks Nightclub, Chicks, Water Tower Place, among others. Ariana’s vision to unify our diverse world through her music easily shows when you hear her live. She’s an open format DJ that infuses all genres of music in her sets, from hip hop, reggaeton to house and trap. Combined with seamless transitions and scratches, Ariana is candy for your ears and eyes all at once, and the energy she brings to the crowd is truly out of this world.

Supported by The MacArthur Funds for Arts and Culture at The Richard H. Driehaus Foundation & The CityArts Grant from the City of Chicago Department of Cultural Affairs & Special Events.